A healthy diet and regular physical activity can help prevent weight gain, heart disease, stroke, type 2 diabetes, and some kinds of cancer. However, only about 1 in 10 US adults eats enough fruits or vegetables. Nine in 10 Americans consume more than the recommended amount of sodium. In addition, only 54% of adults get enough aerobic physical activity, and nearly 74% have overweight or obesity. SOURCE: National Center for Chronic Disease Prevention & Health Promotion 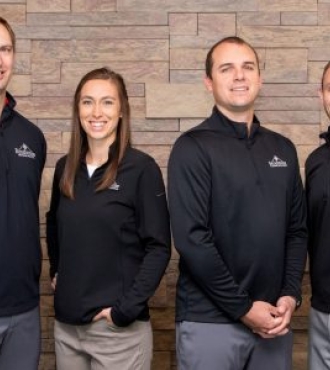 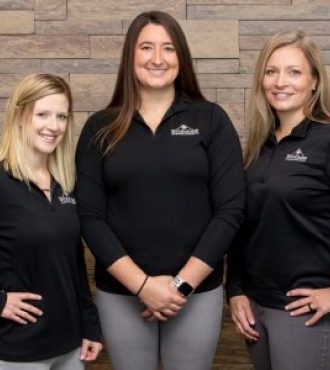 Brodstone Healthcare Rehabilitation Services has a dedicated team of 4 physical therapists, 3 physical therapy assistants, 2 occupational therapists, and a speech therapist. This team works closely with other healthcare providers to assure you the best possible care, from evaluation to diagnosis and treatment. We help you to achieve your goals and to return to your fullest potential as soon as possible. We have expanded our services AND our gym to accommodate multiple facets of your care. If you have questions or need to make an appointment, please call 402-879-4432, ext # 5120.  Our regular office hours are 7 am to 5 pm, Monday through Friday. We have flexible appointment times to accommodate our patients.

Do you or someone you know have a medical condition that could benefit from a medically supervised exercise program? Talk to your healthcare provider or call 402-879-4432, ext. #5120, or 402-879-3281 for more information. The Healthy Living Program hours are Monday, Wednesday, and Friday, from 1 pm to 4 pm. Reservations and healthcare provider clearance are required. There is a modest charge. 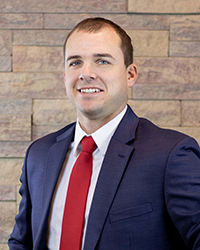 Doug Wehrman, DPT – Wehrman is a Physical Therapist and the Senior Director of Ancillary Services,  He has been with Brodstone Healthcare’s Rehabilitation Department since June, 2010. He received his Doctorate in Physical Therapy from The University of Nebraska Medical Center in Omaha in 2010. Wehrman graduated from Lawrence/Nelson High School. He received his undergraduate degree at Hastings College where he majored in Biology. Wehrman has been credentialed as an Advanced Clinical Instructor by the APTA since June 2016. 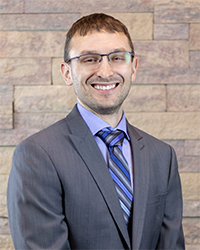 Colby Fox, DPT, ATC – Fox is a Physical Therapist, Certified Athletic Trainer, and a Certified Myofascial Trigger Point Therapist.  He has been employed by Brodstone since 2015. Prior to coming to Superior, he was employed at Hastings Physical Therapy in Hastings. He is a 2010 graduate of the University of Nebraska Medical Center in Omaha, where he received his Doctorate in Physical Therapy. Fox graduated from Grand Island Senior High in 2003. He received his undergraduate degree at Nebraska Wesleyan. While at Wesleyan, Fox also became a Certified Athletic Trainer, working with many of the college’s sports teams. In 2018, he became TPI level 1 certified in Vancouver, BC through the Titleist Performance Institute. Fox has been credentialed as an Advance Clinical Instructor by the APTA since June 2016 and has been a Certified Myofascial Trigger Point Therapist since 2019. 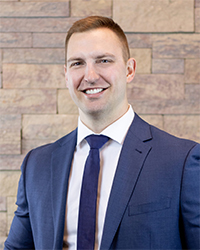 Spencer Trapp, DPT, CSCS – Trapp is a Physical Therapist and a Certified Strength & Conditioning Specialist.  He began his career at Brodstone in 2017.  Trapp is a 2017 graduate of the University of Nebraska Medical Center in Omaha with a Doctorate of Physical Therapy.  He graduated from Superior High School in 2009.  He received his Bachelor’s degree from Nebraska Wesleyan University in Exercise Science and Business Administration. While at Wesleyan, Trapp was a 4 year letter winner in track and field competing in discus and javelin. In 2017, he passed his certification as a Certified Strength and Conditioning Specialist through the National Strength and Conditioning Association. In 2018, he became TPI level 1 certified in Vancouver, BC through the Titleist Performance Institute. 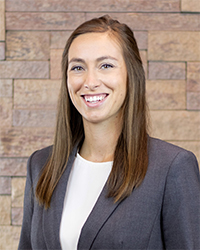 Paige Hild, DPT – Hild is a Physical Therapist.  She began her career at Brodstone Healthcare in July, 2020. She graduated from Central City High School.  In 2017, she graduated  from Doane University with a major in Exercise Science and a minor in Psychology.  Hild graduated with her Doctorate in Physical Therapy from the University of Nebraska Medical Center at Kearney NE in 2020. 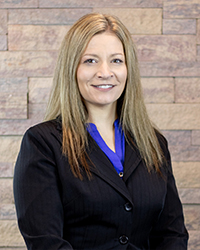 Lisa Butler PTA, CLMT – Butler is a Physical Therapy Assistant and has been employed by Brodstone Healthcare since June, 2010. She graduated from Nelson High School. Butler attended Southeast Community College and then transferred to Missouri Western University in St. Joseph, MO. She graduated with an Associates of Applied Science degree in Physical Therapist Assistant in 2004 and Bachelor’s of Science degree in Health and Exercise Science in 2005. She began her career in Hastings, NE at Physical Therapy and Sport Rehab until 2010. She has been involved in coaching Superior High School sports since being employed at Brodstone. In 2011, Butler became certified in Lymphedema Management Therapy. 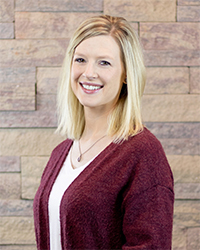 Jamie Robinett, PTA – Robinette is a Physical Therapy Assistant.  She graduated from Franklin Public Schools in 2008. She attended Southeast Community College in Beatrice, NE and then transferred to Colby Community College in Colby, KS where she graduated with an Associates of Applied Science degree in Physical Therapist Assistant in 2011. Robinette worked for Family Physical Therapy in the Minden, Franklin, and Red Cloud clinics from 2011 until 2018. Jamie began her career at Brodstone Healthcare in 2018. 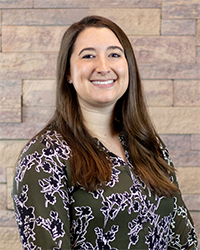 Olivia Guilkey, PTA, ATC – Guilkey is a Physical Therapy Assistant and an Athletic Trainer. She began her career with her position at Brodstone Memorial Hospital in 2019.  She graduated from Pike Valley High School in 2012. Guilkey graduated with a bachelors of science in Athletic Training from Kansas State University in Manhattan, KS in 2016.  In 2018 Olivia earned her associate’s degree for Physical Therapy Assistant from Clarkson College in Omaha. 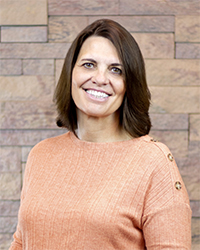 Terri Shipley, OTR/L, CHT – Shipley is an occupational therapist and a certified hand therapist.   She began her occupational therapy career in Virginia working at Riverside Regional Medical Center in Newport News, VA.  For the past 13 years she was the hand therapy director at Tidewater Orthopeadics in Hampton, Virginia.  In 2019 she returned to her home state of Nebraska as a traveling therapist with assignments in Nebraska and Iowa before joining the rehabilitation team at Brodstone Healthcare in 2020.  Shipley attended high school at David City Aquinas.  She has an education degree from Chadron State College, a Masters of Science in exercise physiology from James Madison University in Harrisonburg, VA and occupational therapy degree from Creighton University. 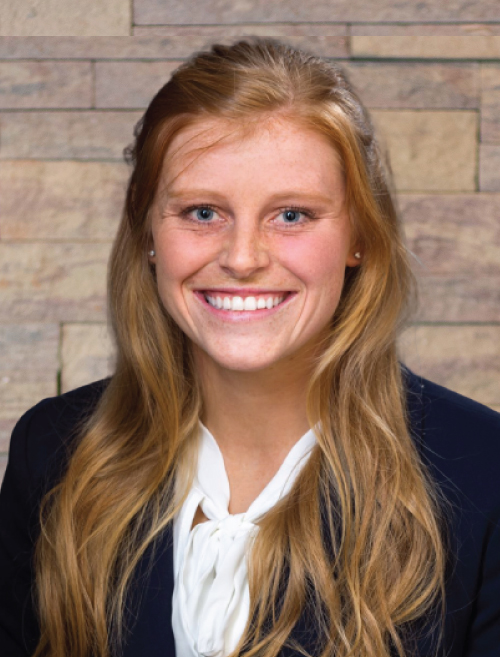 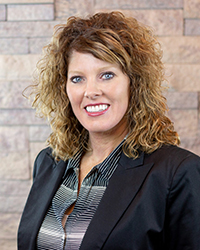 Amy Nash, MS CCC-SLP – Nash is a Speech Pathologist. She has been a practicing speech therapist in the medical setting for 14 years. Nash’s clinical experience ranges from skilled nursing facilities, acute inpatient, pediatrics and training in dementia. She graduated with her Master’s degree from the University of Nebraska Kearney. 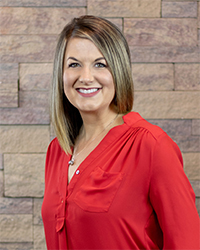 Jacki Siebecker, CPT – Siebecker is a Certified Personal Trainer and has been employed with Brodstone Healthcare since 2012.  In 2019 she took on her new roles of Rehabilitation Services Office Manager & Business Health Coordinator.  Siebecker is developing the Brodstone Wellness Program and a community Business Health Program.

Providers For This Service